Unlike a descriptive study, an experiment is a study in which a treatment, procedure, or program is intentionally introduced and a result or outcome is observed. The American Heritage Dictionary of the English Language defines an experiment as "A test under controlled conditions that is made to demonstrate a known truth, to examine the validity of a hypothesis, or to determine the efficacy of something previously untried." 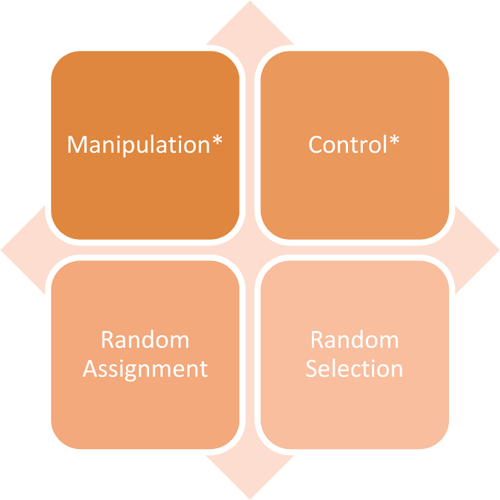 True experiments have four elements: manipulation, control , random assignment, and random selection. The most important of these elements are manipulation and control. Manipulation means that something is purposefully changed by the researcher in the environment. Control is used to prevent outside factors from influencing the study outcome. When something is manipulated and controlled and then the outcome happens, it makes us more confident that the manipulation "caused" the outcome. In addition, experiments involve highly controlled and systematic procedures in an effort to minimize error and bias, which also increases our confidence that the manipulation "caused" the outcome. 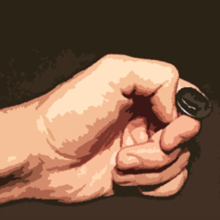 Definition: An experiment is a study in which a treatment, procedure, or program is intentionally introduced and a result or outcome is observed.

An investigator wants to evaluate whether a new technique to teach math to elementary school students is more effective than the standard teaching method. Using an experimental design, the investigator divides the class randomly (by chance) into two groups and calls them "Group A" and "Group B." The students cannot choose their own group. The random assignment process results in two groups that should share equal characteristics at the beginning of the experiment.

A fitness instructor wants to test the effectiveness of a performance-enhancing herbal supplement on students in her exercise class. To create experimental groups that are similar at the beginning of the study, the students are assigned into two groups at random (they can not choose which group they are in). Students in both groups are given a pill to take every day, but they do not know whether the pill is a placebo (sugar pill) or the herbal supplement. The instructor gives Group A the herbal supplement and Group B receives the placebo (sugar pill). The students' fitness level is compared before and after six weeks of consuming the supplement or the sugar pill. No differences in performance ability were found between the two groups suggesting that the herbal supplement was not effective.